Deputy Chief of Mission David Hodge met with fellows from the Young Leaders of the Americas Initiative Young Leaders of the Americas Initiative – YLAI. The YLAI program selected 10 Guatemalan social entrepreneurs to travel during the month of October to meet their counterparts in other countries and contact civil organizations from 24 cities in the United States. Through this exchange program, fellows will advance their entrepreneurial ideas and develop leadership skills to effectively contribute to the social and economic development of their communities. Fellows return to their businesses with new skills, resources, continued support from U.S. counterparts and an improved network, strengthening trade ties between the United States and Latin America and the Caribbean.

Young people (15-24 years) in Latin America and the Caribbean are now more than 100 million. In many countries in the region, 70 percent of the population is under 35 years of age. However, for this great generation, adulthood in its first years is accompanied by limited access to jobs, capital or advanced educational opportunities, as well as a continuing attraction to illicit alternatives. Young activists, including social entrepreneurs, can play a key role in improving their countries, including in collaboration with governments.

YLAI is part of the United States’ commitment to Latin America, offering young people the tools and connections to boost prosperity, improve governance and the rule of law of their societies. 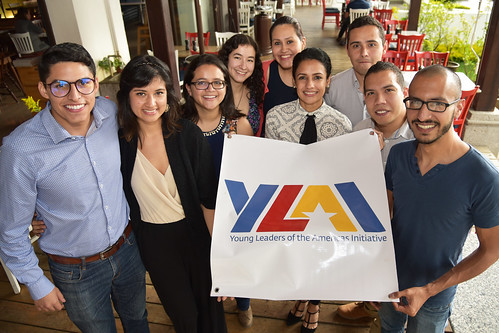