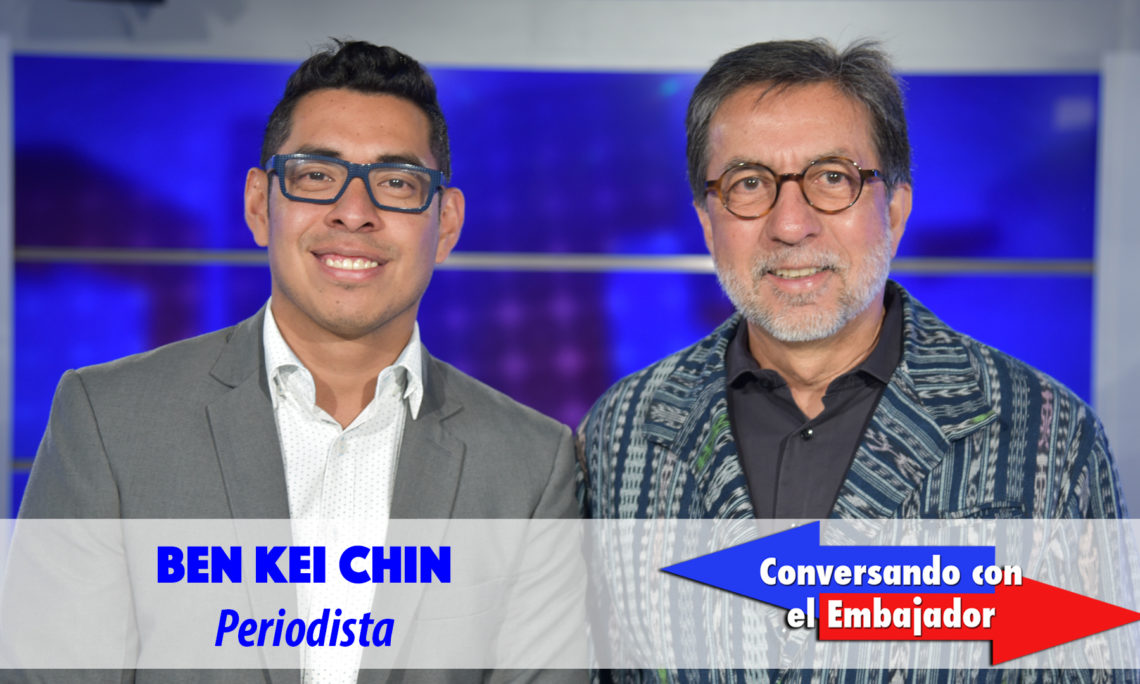 Ambassador Luis Arreaga had the opportunity to talk with Guatemalan journalist Ben Kei Chin about issues of press freedom, harassment of journalists, and the rights of LGBTI people in Guatemala. Ben is the host of “Sin Filtro” (Without Filter), a TV program focused on the analysis of political and social news, and producer / screenwriter of “Las inolvidables” (The Unforgettable), a segment of political satire that relates news events in a humorous way, which has been broadcast for 10 years and was awarded the Neapolitan Victory Award by the Washington Academy of Arts and Political Sciences in 2017. Ben is also an LGBTIQ activist, one of the few openly gay media figures in Guatemala, and is a member of Visibles, an organization that seeks to promote equality for the LGBTIQ community in Guatemala.