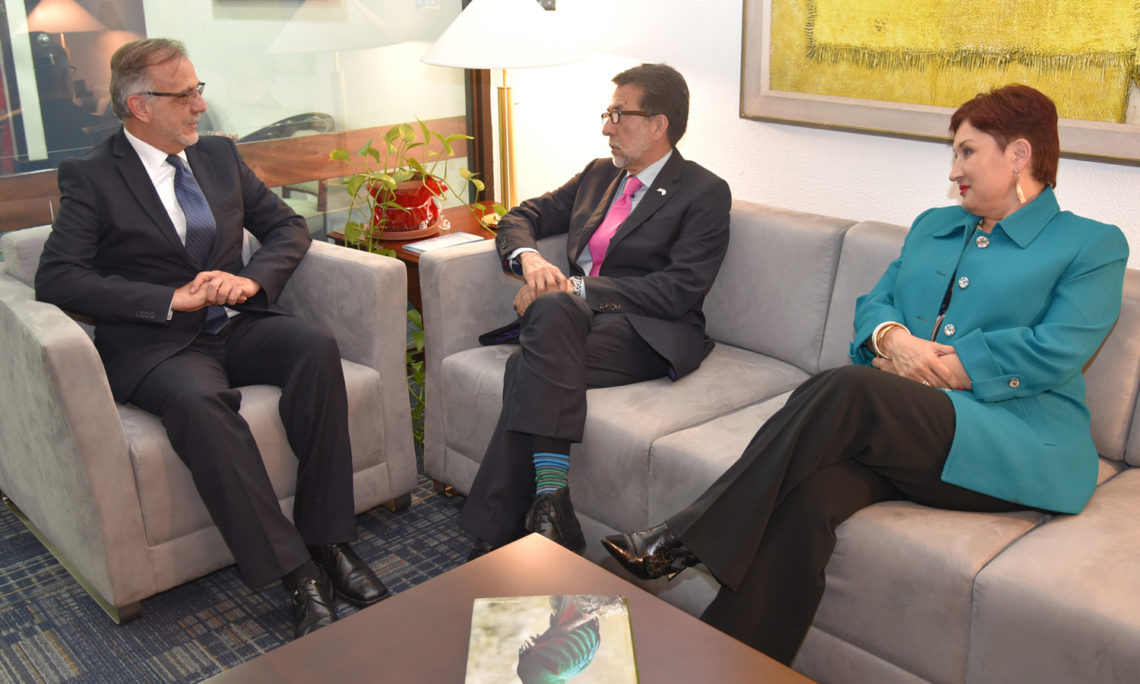 During his tour of meetings, Ambassador Luis Arreaga had the opportunity to coincide with the Attorney General and Chief of the Public Ministry of Guatemala, Thelma Aldana, and CICIG Commissioner – International Commission against Impunity in Guatemala, Ivan Velasquez.

The Ambassador used the space to confirm the commitment of the United States Government to their efforts to fight corruption and impunity, which deprive Guatemalans of the resources needed to achieve prosperity.