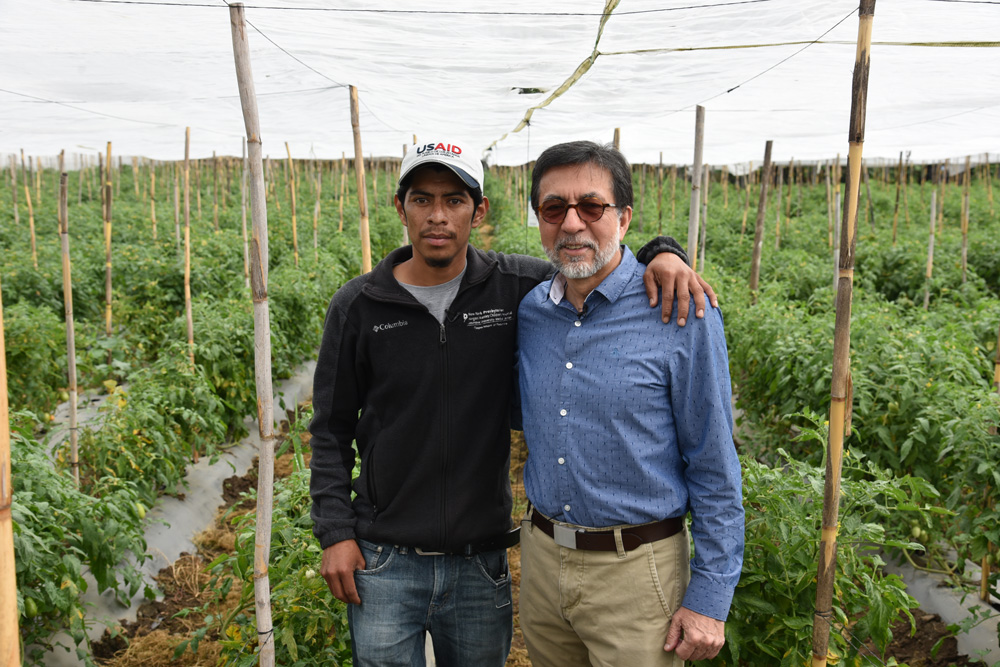 During his trip to Huehuetenango, Ambassador Luis Arreaga met Marvin Cardona, an agronomist and entrepreneur from Aguacatán, who three years ago tried to illegally migrate to the United States, but was deported from Mexico before reaching the border. Since his return, Marvin began working with the MIPFuturo project, implemented by Agropecuaria Popoyán with the support of Feed the Future and USAID Guatemala. Through this project, he has become one of the main producers and distributors of garlic, tomato, and cucumber in his region.