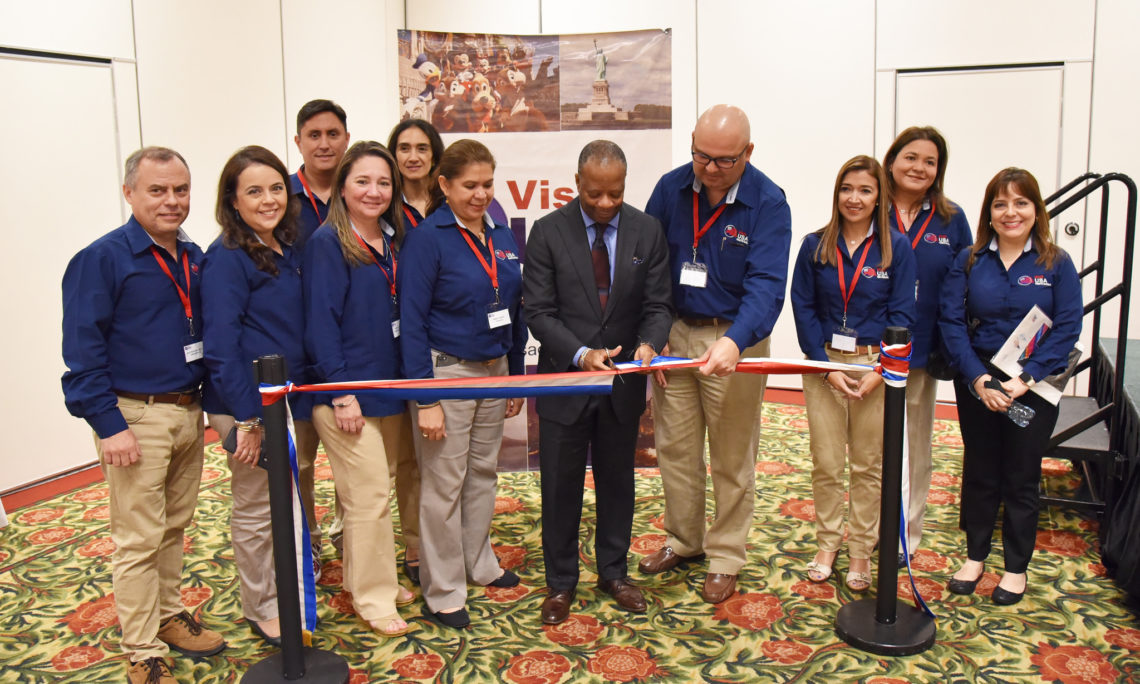 Ambassador Todd Robinson participated in the VisitUSA Summit to promote tourism and travel to the United States.
The event was developed through several days that combined business meetings, seminars and workshops that spoke about the novelties that invite to acquire different services or visit particular destinations of that country.
The Ambassador had the opportunity to take a tour of the entire trade fair of the event, which brought together twenty-five exhibitors representing more than 30 companies in the United States, with whom he had the opportunity to learn about the attractive proposals that show different specialties of the American experience. Clearwater, Universal Orlando, St. Petersburg, Tampa Bay, Fort Lauderdale and Puerto Rico are some of the destinations promoted by VisitUSA. 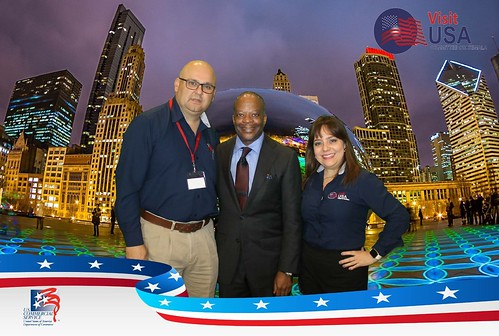