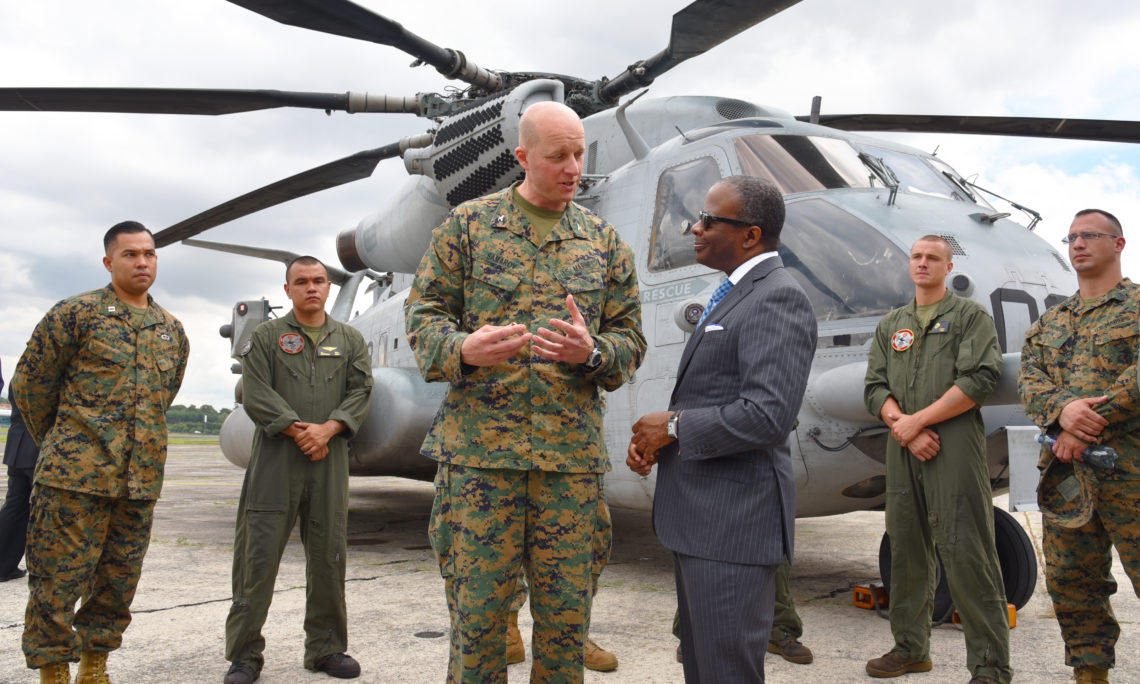 Ambassador Todd Robinson visited the facilities of the Guatemalan Air Force to share with members of the U.S. Marine Corps Special Purpose Airborne Task Force of the Southern Command (SOUTHCOM).

The Task Force, made up of some 300 active duty Marines and reservists, also has a presence in Belize, El Salvador, and Honduras to support training and security cooperation with the local armed forces. This deployment will provide humanitarian aid to the region and work on infrastructure projects, both for the benefit of military forces and civilian populations.

During the visit, the Marines showed Ambassador Robinson part of the equipment they use during their service in Guatemala, which includes two CH-53E Super Stallion helicopters. This was also the occasion for representatives of different media outlets and young alumni from the Microbeca English Access program to interact with the crew and the team.

This mission exemplifies the commitment of bilateral cooperation between the United States and Guatemala. 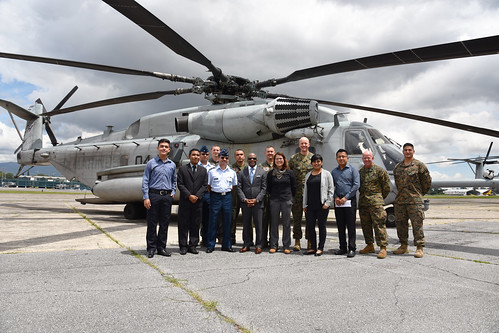