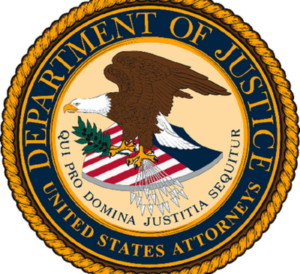 President Trump and Attorney General Barr announced a number of significant cases associated with Operation Vulcan, including the first time an MS-13 member has been charged with a terrorism related offense, a coordinated multi-district takedown of the leadership of the Hollywood clique of MS-13, and the Attorney General’s decision to seek the death penalty against an MS-13 defendant.

“The President directed the Department of Justice to go to war against MS-13 in 2017, we did just that,” said Attorney General Barr. “In coordination with our partners at the Department of Homeland Security, the Justice Department’s law enforcement components have successfully investigated charged, and arrested command and control elements of MS-13 responsible for murder. Joint Task Force Vulcan’s operations have significantly degraded MS-13 capabilities. While there is still work to be done, the Department of Justice remains committed to protecting Americans threatened by MS-13, and we will not rest until we have successfully defeated this transnational criminal organization.”

“Today’s announcements are the result of tremendous teamwork and coordination between prosecutors and law enforcement officers across the United States and Central America,” stated JTFV Director John Durham. “MS-13 is a violent transnational criminal organization, whose criminal activities respect no boundaries. The only way to defeat MS-13 is by targeting the organization as a whole, focusing on the leadership structure, and deploying a whole-of-government approach against a common enemy.”

In an indictment unsealed yesterday, Melgar Diaz was charged in the Eastern District of Virginia with conspiring to provide material support to terrorists; conspiring to kill or maim persons overseas; conspiring to commit acts of terrorism transcending national boundaries; conspiring to finance terrorism; and conspiring to engage in narco-terrorism, in addition to racketeering conspiracy and drug trafficking. This is the first time that an MS-13 member has been charged with terrorism related offenses.

In a 21-count indictment unsealed yesterday in the District of Nevada, 13 MS-13 members, including leaders of the “Hollywood Locos” clique and “Los Angeles Program,” were charged with various offenses including Continuing Criminal Enterprise (CCE), narcotics distribution and weapons charges.

In August 2019, Attorney General Barr created Joint Task Force Vulcan to carry out the recommendations of the MS-13 subcommittee formed under the Attorney General’s Transnational Organized Crime Task Force, which was the result of President Trump’s February 2017 Executive Order directing the Departments of Justice, State, and Homeland Security, and the Office of the Director of National Intelligence to coordinate a whole-of-government approach to dismantle transnational criminal organizations, such as MS-13, and restore safety for the American people. The principle purpose of JTFV is to coordinate and lead the efforts of the Justice Department and U.S. law enforcement agencies against MS-13 in order to dismantle the group.

The JTFV has successfully implemented the whole-of-government approach to law enforcement relating to MS-13; increased coordination and collaboration with foreign law enforcement partners, including El Salvador, Mexico, Honduras and Guatemala; designated priority MS-13 programs, cliques and leaders, who have the most impact on the United States, for targeted prosecutions; and coordinated significant MS-13 indictments in U.S. Attorney’s Offices across the country, such as the Eastern District of New York, the Eastern District of Virginia, and the District of Nevada.