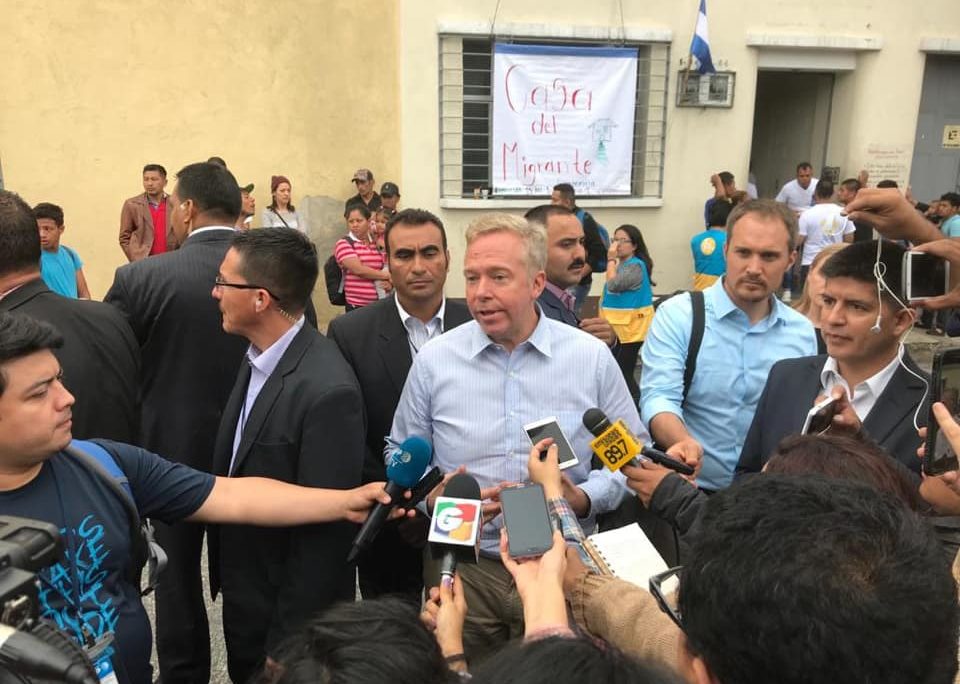 Deputy Chief of Mission David Hodge visited the Casa del Migrante in Guatemala City to speak directly with families who are attempting an extremely dangerous trip to the United States. He emphasized what President Donald J. Trump said yesterday: “Anyone who enters the United States illegally will be arrested and detained before being deported.”

The Deputy Chief of Mission recognized the lack of opportunities in the Northern Triangle and explained why the US is investing hundreds of millions of dollars in the region. The future of the Central Americans is in their country and with their family, not abandoning them, nor risking their lives.