Ambassador Todd Robinson participated in the meeting of the group of donor countries for Guatemala, in which the United States assumed the temporary presidency of said group.

The U.S. official took the opportunity to thank the Swiss mission for the leadership it has held over the last few months and stressed its commitment to continue promoting the initiatives promoted by the European country. The Ambassador also emphasized the fundamental support of the international community by the donor group towards CICIG for the promotion of the rule of law.

“We value this space and the commitment of all of you as partners in this great alliance for a better Guatemala. We will continue to focus on key issues to contribute to the country’s prosperity, governance and citizen security, including women’s political participation, social conflict, fiscal resources, transparency and governance.” 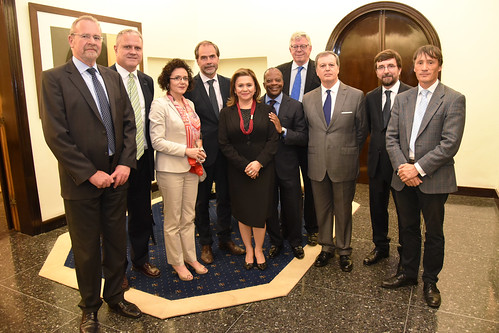