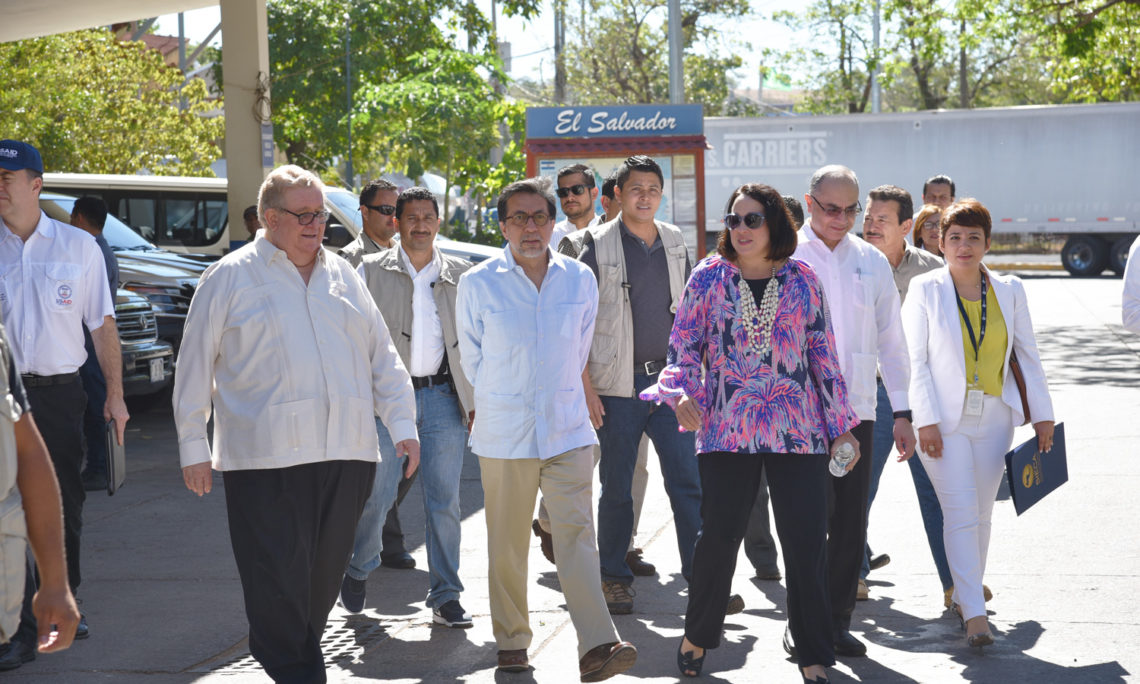 The Governments of El Salvador and Guatemala, with the support of the United States, inaugurated the infrastructure improvements carried out at the borders of La Hachadura, on the side of El Salvador, and Pedro de Alvarado, on the Guatemalan side, which facilitate trade, customs control, security, and attention to users and migrants. The work done with the support of USAID agencies – US Agency for International Development and U.S. Department of State: Bureau of Intl Narcotics & Law Enforcement (INL) are part of the prosperity and security goals of both countries, as part of the Alliance for Prosperity of the Northern Triangle.

In this activity, Ambassador Luis Arreaga and Ambassador Jean Manes of the Embassy of the United States in El Salvador, together with the authorities representing the Governments of Guatemala and El Salvador, witnessed how regional integration will contribute to reduce the time and cost of transportation of exports, and achieve better border control with tools to combat smuggling and strengthen trade.