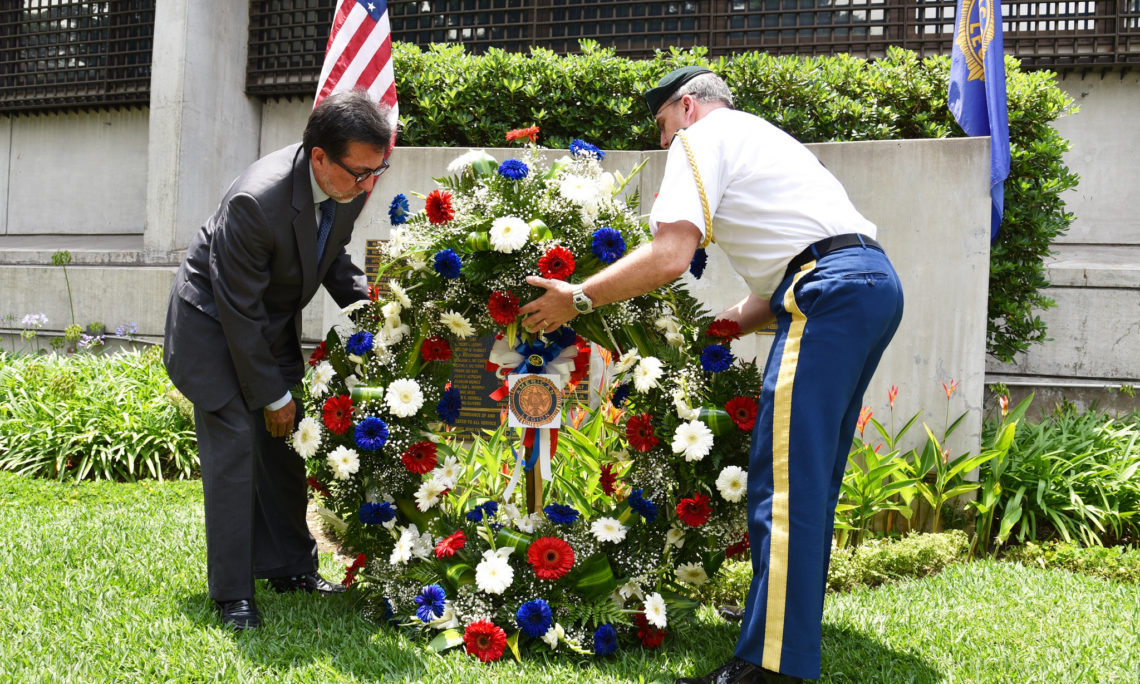 Ambassador Luis Arreaga participated in the commemoration ceremony of Memorial Day in gratitude to those who have given their lives in the service of the United States.

War Day or Memorial Day is a federal commemorative date that takes place in the United States of America on the last Monday of May of each year, with the purpose of remembering the US soldiers who died in combat. Initially it was established to commemorate the fallen soldiers of the American Union that participated in the American Civil War, although after the first world war it was extended to pay homage to all the American soldiers who died in the wars in which that country participated. In 1971 the Congress of the United States approved the National Act of holidays. It was the moment that it was decided that the Memorial Day would be commemorated on the last Monday of May, with a weekend with three days of mourning. 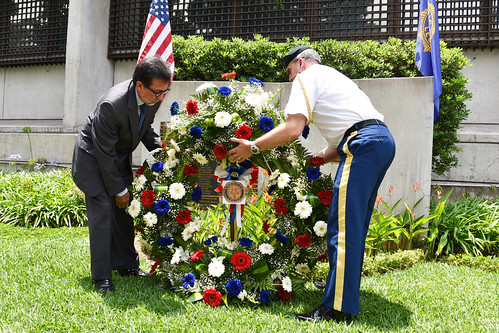