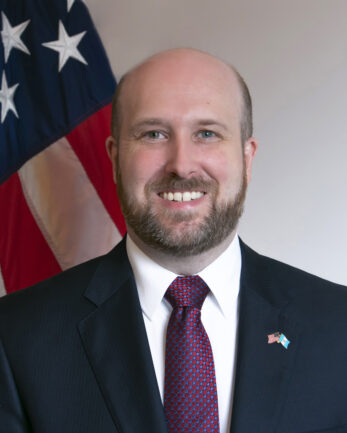 William Popp, a career member of the Senior Foreign Service, rank of Minister Counselor, was sworn in as Ambassador to Guatemala August 13, 2020.  Mr. Popp previously served as the Deputy Chief of Mission of the U.S. Embassy in Brasilia, Brazil where he was also the Charge d’affaires a.i. between November 2018-March 2020.  Previously, he served as the Political Counselor and then as the Acting Deputy Chief of Mission of the U.S. Embassy in Nairobi, Kenya.  Mr. Popp was the Director of the Office of Regional Economic Policy and Summit Coordination in the Bureau of Western Hemisphere Affairs of the State Department for the 2015 Summit of the Americas.

Mr. Popp was selected for Senior Leadership Training and earned a M.S. in National Security Strategy at the National War College in Washington, D.C. from 2012-2013.  Prior to that, he was the Deputy Principal Officer and then Acting Principal Officer at the U.S. Consulate General in Sao Paulo, Brazil.  Other overseas assignments include at the U.S. Embassies in Colombia, Angola, and Nicaragua.