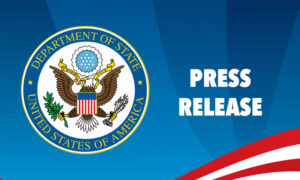 Today, I am announcing the designation of First Secretary in the Congress of the Republic of Guatemala, Felipe Alejos Lorenzana, and former Deputy Delia Bac, due to their involvement in significant corruption.  Mr. Alejos’ and Ms. Bac’s corruption has undermined the rule of law and the Guatemalan public’s faith in their government and their country’s democratic institutions and public processes.  While acting in his official capacity as a deputy in the Guatemalan Congress, Mr. Alejos was involved in corrupt acts to enrich himself, while also seriously harming U.S. businesses’ international economic activity.  In her official capacity as a deputy from 2008 to 2020, Ms. Bac was involved in corrupt acts including using her political influence for the personal enrichment and advancement of herself and her family.

These designations are made under Section 7031(c) of the Department of State, Foreign Operations, and Related Programs Appropriations Act, 2020 (Div. G, P.L. 116-94).  Under Section 7031(c), once the Secretary of State designates officials of foreign governments for their involvement, directly or indirectly, in significant corruption, those individuals and their immediate family members are ineligible for entry into the United States.

The law also requires the Secretary of State to either publicly or privately designate such officials and their immediate family members.  In addition to Mr. Alejos, the Department is publicly designating his spouse, Maria Ximena Morales de Alejos, and his minor sons.

These designations reaffirm the commitment of the United States to combating corruption in Guatemala.  We stand with the Guatemalan people in this fight.  The Department will continue to use these legal authorities to promote accountability for corrupt actors who operate with impunity in the region and globally.