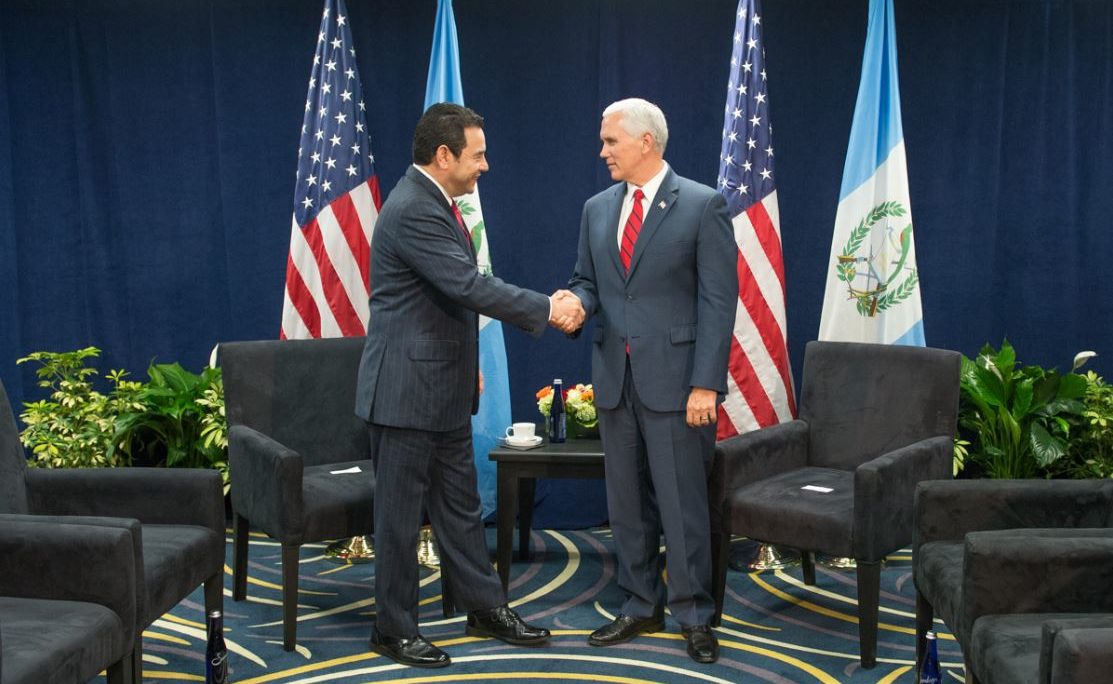 THE WHITE HOUSE
Office of the Vice President
FOR IMMEDIATE RELEASE
June 15, 2017

The Vice President met with Guatemalan President Jimmy Morales in Miami, Florida at the inaugural Conference on Prosperity and Security in Central America. On behalf of President Trump, the Vice President recognized Guatemala for its strong commitment to the Alliance for Prosperity, and steadfast support in the fight against illegal drug trafficking. The Vice President emphasized the importance of redoubling the fight against corruption and impunity, including support for the Attorney General and UN Commission Against Impunity and Corruption, and acknowledged President Morales’ personal dedication to this cause. The leaders discussed the on-going crisis in Venezuela, and expressed their concern for the Venezuelan people who suffer most. The Vice President, together with President Morales, reiterated a shared commitment to building the already strong bilateral relationship, and advancing shared goals of advancing security and prosperity.