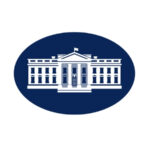 PRESIDENT LÓPEZ OBRADOR:  (As interpreted.)  Dear President Biden, friends, ladies and gentlemen, friends from the delegation of the United States government: We’re so happy to have this meeting — this bilateral meeting with you, to be here with you today.  And it has a close link with us, moreover and beyond the strategic part of this, given our being neighbors.

Dear President Biden, I am certain that you are a humanistic President, a visionary President, and that there are conditions that couldn’t really be better to initiating new policy of integration — economic, social integration — Mr. President, in our continent.

USMCA — Mexico, the United States, and Canada — it has shown to be a valuable instrument to consolidate our productive processes, taking advantage of the great potential that the domestic market represents in our region.  Nonetheless, in our ports of the Pacific, we still see how more ships full of merchandise are arriving.  And this is something that’s growing, and they’re coming from Asia.

And the question we’re asking here is the following: Couldn’t we produce in America what we consume?  That’s what we’re asking.

Of course, we could.  This is a matter of definition and planning, as well — together — planning together joint future development planning.

Being united, partnering in America amounts to consolidating definitely the most important region of the world.

We have so many advantages for that.  Among them, for instance, we have young labor force, creative labor force as well, with technological development, and also with great wealth of natural resources.  Distances between our countries, among our countries, allow us to save in terms of transportation.  And we also have enough demand in our marketplaces.

Nonetheless, productive integration we’re now proposing should also have the backing, the support of public-private investment for the wellbeing of all the peoples of America, without excluding anyone.

Let us remember that March 13th, 1961, President John F. Kennedy proposed and informed, through the White House — and he was there talking to ambassadors of Latin America and the Caribbean — the plan known as Alliance for Progress.

At that time, the United States invested, in 10 years’ time, $10 billion — at today’s prices, that would be $82 billion — for the benefit of the peoples of Latin America and the Caribbean.

Nonetheless, this has been the only important thing, really, that has been done in terms of cooperation for development in our continent in more than a half a century.

Therefore, I hold that this is the moment for us to determine to do away with this abandonment, this disdain, and this forgetfulness for Latin America and the Caribbean, which is opposed to the policy of the “good neighborhood” of the titan of freedom and liberty, FDR — Franklin Delano Roosevelt.

And starting with you, because there would be no other leader that could implement this enterprise — beginning with you — to start a new stage with you, Mr. President, of the nations and the peoples of the continent as of respect and mutual aid and help and assistance.

President Biden, you hold the key in your hand to open and to substantially improve the relationship among all the countries of the American continent.

I know this is a complex, polemical, controversial initiative.  I am very much aware of the fact that its implementation implies many difficulties.  But I also believe that there’s no better path to guarantee the prosperous wellbeing, peaceful and fair and just wellbeing, and future of peoples, our fellow man, our fellow women, our compatriots, and also all the peoples of the continent and future generations, as well.

So, my proposal, President Biden, is to — it’s an integral proposal.  It implies consolidating ourselves as an economic region in the world; strengthening our fraternal relationship in the American continent; respecting our differences, our sovereignties, so that no one is left behind and so that all of us, together, we can start seeking the beautiful utopia of freedom, of liberty, equality, and true democracy.

There’s many of us — there are many of us who haven’t stopped dreaming in this fair, fraternal, just integration among all the peoples and countries of our continent.  Because as Simón Bolívar said, the Liberator, if the sky grants us the desire of the united America, this continent could be called, this united America could be called “the Queen of Nations and the Mother of the Republics.”

Well, Mr. President, my friend, it’s good to be with you again on the 10th North American Leaders’ Summit in Mexico City.

Last month, we celebrated 200 years of bilateral relations with Mexico.  And looking back in our shared history, it’s clear that the stronger and safer we both are is when we stand together, when we work together.

Mexico is a true partner.  And when we work together with common values and mutual respect, nothing much is beyond our reach.

So, today, we’re going to discuss how we can further deepen that relationship, not only in Mexico but the Western Hemisphere.  This includes strengthening our supply chains to make the hemisphere even more competitive.  And we’re also going to discuss our shared security, including our joint action to address the — the plague of fentanyl, which has killed 100,000 Americans so far, and how we can tack- — tackle irregular migration, which I think we’re well on our way to doing.

Above all, we both committed to pursuing a better future, one grounded on peace and prosperity for all of our people.  So, Mr. President, this afternoon and in the years ahead, I look forward to building that better future.

One of the things I was able to do at the G7 is get the G7 to agree that we would have a multi, multibillion dollar project for infrastructure for the Western Hemisphere — for Latin America and for Africa, both.

So, there’s much we can do, much we have to talk about.  And — and I’m looking forward to being able to do it, because I’m confident — I’m confident we can get it done.  And I’m confident we’re at one of those moments of a real change in the direction.

We’re at one of those inflection points where what we do in the next several years is going to determine what the world looks like in the next two, three, four decades.  And that’s what we have an opportunity to do.  And I think we’re in a good position to do it.

And — but having said that, you know, the United States provides more foreign aid than every other country, just about combined, in the world to not just the hemisphere but around the world.

Unfortunately, our responsibility just doesn’t end in the Western Hemisphere.  It’s in Central Europe.  It’s in Asia.  It’s in the Middle East.  It’s in Africa.  It’s in Southwest — -west Asia.

And so it’s — it’s not — I wish we could just have one focus — only one focus.  We have multiple foci.  And so that’s what we have to work on.  And I’m confident we can do a great deal more in tandem with one another.

So, thank you for having us, and I look forward to our discussion.