Home Página Inicial | News & Events | Senate confirmation hearing on the nomination of Luis Arreaga to be the U.S. Ambassador to Guatemala 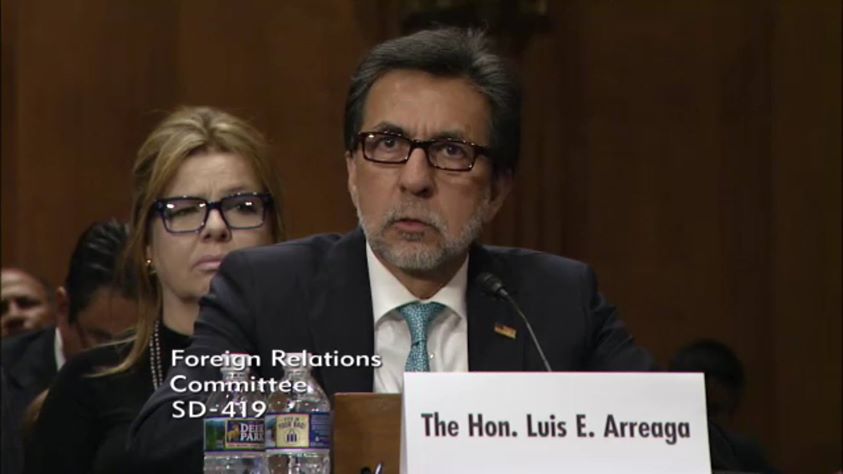 Luis Arreaga presented his testimony to the United States Senate as part of the process to be considered as the future United States Ambassador to Guatemala. Arreaga ratified before the Senate that if confirmed, he will continue the support of the United States to CICIG – International Commission against Impunity in Guatemala – in the fight against corruption and impunity in this country.

Luis E. Arreaga, a career member of the Senior Foreign Service, class of Minister-Counselor, is currently Principal Deputy Assistant Secretary, Bureau of International Narcotics and Law Enforcement Affairs, Department of State, a position he has held since 2016.  A former Ambassador, Deputy Chief of Mission, Consul General and Office Director, Mr. Arreaga possesses cultural and linguistic fluency in the region as well as extensive leadership and interagency management expertise.   He has led the development of civilian security assistance programs in Mexico, Central America, and Colombia as well as the largest increase in recruitment, assessment, and hiring in the State Department’s history.  He advocated for a $1 billion sale of Boeing aircraft to Icelandair and led a team of 18 agencies that helped conclude a Free Trade Agreement and oversaw a large expansion of U.S. military support to Panama.

You can watch his confirmation hearing here: