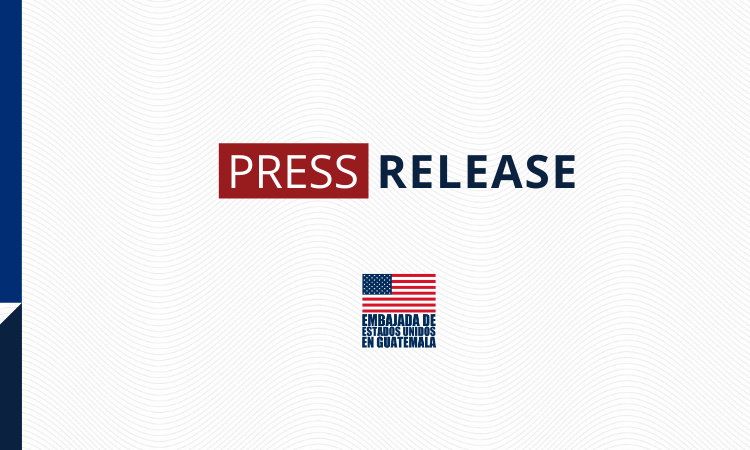 On December 1, 2021 Under Secretary of State for Civilian Security, Democracy, and Human Rights Uzra Zeya completed her November 28-December 1 trip to Guatemala to underscore the United States’ commitment to working with the Guatemalan government and partners to address the root causes of irregular migration, advance rule of law and human rights, and provide protection services for migrants, refugees, and asylum seekers. The Under Secretary’s trip included stops in Guatemala City, Antigua Guatemala, San Jose Pinula, and Quetzaltenango, where she advanced bilateral, regional and multilateral collaboration to humanely curb irregular migration and offer greater protection and referral services to vulnerable populations. Under Secretary Zeya also reviewed U.S. government-funded programs that are advancing Guatemalan and U.S. national security by enhancing law enforcement, reintegrating returned migrants, rehabilitating youth in conflict with the law, and increasing local capacity to respond to regional challenges such as narcotics trafficking and human smuggling.

Over the course of the visit, Under Secretary Zeya met with a broad spectrum of government, civil society, and private sector leaders, including bilateral meetings with Foreign Minister Pedro Brolo and Minister of Labor and Social Welfare Rafael Rodriguez. The Under Secretary’s meetings with civil society included independent judges, journalists, organized labor and representatives of the private sector. “Guatemala has the opportunity to be a regional leader on democratic reforms and creating an investment environment that will build prosperity and jobs. At the same time, rule of law and press freedom are essential for a healthy democracy, and recent developments in Guatemala with respect to threats and spurious judicial action against journalists, human rights defenders, and anti-corruption champions are cause for concern. In my meetings with government and civil society representatives, I emphasized the essential role civil society has to play in fighting corruption, defending transparency and accountability. I particularly emphasized our support for the independent judges and journalists who play a fundamental role in Guatemala’s democracy.”

In Antigua Guatemala, Under Secretary Zeya represented the U.S. government at the annual meeting of the Comprehensive Regional Protection & Solutions Framework (MIRPS) hosted by President Alejandro Giammattei and Guatemalan Foreign Minister Pedro Brolo. During the meeting the Under Secretary emphasized continued U.S. support for taking a collaborative, regional approach to addressing forced displacement in Central America and Mexico and its root causes. In her formal statement, the Under Secretary said “I commend the MIRPS member countries on making progress on their national action plans to better protect vulnerable persons, asylees and refugees and create a more humane system for displaced persons in the region. In a bilateral meeting with Canadian Minister of Immigration, Refugees, and Citizenship Sean Fraser, Under Secretary Zeya thanked Canada for its leadership of the MIRPS Support Platform and discussed deepening bilateral cooperation on advancing safe, orderly, and humane migration in the Western Hemisphere, as well as on the resettlement of at-risk Afghans.

In Quetzaltenango, Under Secretary Zeya inaugurated a new Migration Resource Center (MRC) built with funding from the Department of State Bureau of Population, Refugees and Migration. During the ribbon cutting, the Under Secretary thanked the Guatemalan Government for its commitment to opening the MRC — the third opened in Guatemala this year — and recognized the important support from IOM, UNHCR, and UNICEF. Under Secretary Zeya toured the MRC and was provided an overview of how the center will function as part of a national system to provide Guatemalans and vulnerable populations of other nationalities information on how to access protection, legal migration pathways and other services. Under Secretary Zeya emphasized that “Establishing the migration resource centers is a top priority for the United States, and they would not be possible without the support of the Government of Guatemala as well as our international organization and non-governmental partners. President Biden’s comprehensive approach for migration in the Western Hemisphere prioritizes a humanitarian response, collaborative and human migration management, and efforts to address the root causes of forced displacement and irregular migration over the long term.”