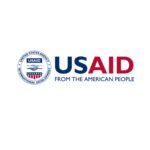 Quetzaltenango, Guatemala – During her visit to Guatemala, USAID’s Deputy Administrator Paloma Adams-Allen announced that the country will receive $20 million from the United States through the U.S. Agency for International Development (USAID,) to combat the effects of rising food, fertilizer, and fuel costs, which have been exacerbated by Russia’s unprovoked and unjustified invasion of Ukraine.

Guatemala is one of more than 47 countries and regional organizations receiving funding to support USAID efforts in fighting food insecurity and mitigating increases in poverty, hunger, and malnutrition.

These funds will help farmer associations obtain financing; improve access to, and efficient use of, fertilizer, including biofertilizers; and invest in climate-smart technologies such as water catchment, drip irrigation, and simple greenhouses. The funding will also support rural families to expand planting of biofortified maize, which is high in zinc, iron, and protein.

U.S. Ambassador William Popp said of the announcement, “People in Guatemala are suffering due to the food crisis sparked by Russia’s unprovoked attack on Ukraine. These additional resources will have a tremendous impact on the lives of Guatemalan families trying to put food on their table.”